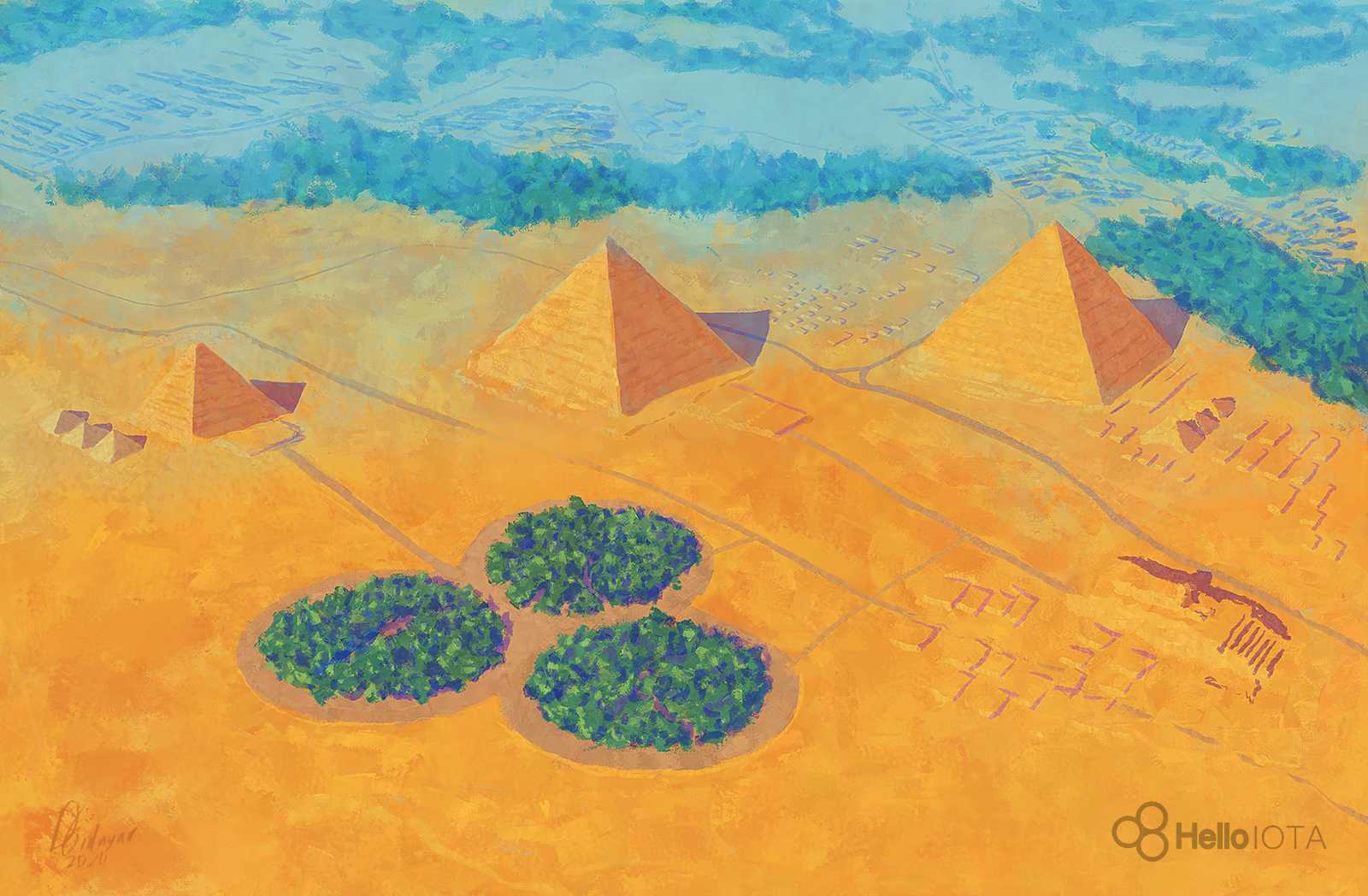 One Brick at a Time

Building an open source technology from scratch is a monumental task that requires a mixture of talent and immense hard work.

Opensource.com describes what open source is:

The IOTA project embodies these ideals with its ambitious machine-economy vision of the future, generous exchange of ideas with the community, collaboration with open projects via the Ecosystem Development Fund, transparency through a highly trusted non-profit foundation, meritocracy in the Foundation by hiring the most productive community members, and development-through-collaboration on its code base.

It's important to remember that the IOTA Foundation is only one part of the wider IOTA ecosystem. Without inspired developers who passionately build their own IOTA-based projects, IOTA won't be able to reach its potential.

This poses a problem - talented software developers are rare! Big tech companies have bid up starting salaries in Silicon Valley well into the six figure range. A good software engineer will have endless demands on their time and unlimited side-project options. They must carefully choose how to spend their programming time by saying "no" to almost everything.

If well capitalized companies are having this much trouble hiring devs, imagine how hard it is to open source vision-driven projects to find talent.

To illustrate, there are about 5.5 million developers in Europe and 1.3 million in the U.S.

There's already a shortage of ONE MILLION programmers in the United States and 500,000 programmers in Europe. That looks dire, but it's worse than those numbers first appear. KPMG surveyed CIOs in 2019 and found that nearly 70% said that a "skill shortage" was holding their company back. And it's not just a gross lack of numbers in the potential developer pool, it's lack of specific talent. Some positions that require special software skill sets are in extremely high demand with almost no qualified hire-able talent.

Of the most difficult special niches to hire, guess which type of developer is in the most demand. You got it ... blockchain.

We should now understand how rare and valuable each and every IOTA community developer is. Engineers working in the blockchain space have unlimited opportunities. Working on IOTA means they've identified with the vision of a future machine economy and have deliberately chosen to eschew most everything else out there.

With this in mind, HelloIOTA will attempt to recognize at least one community project per month. Our intention is to meet a developer, learn why they've chosen to program on IOTA instead of the sea of other options, and hear about their passion project in our ecosystem. They're the lifeblood of IOTA, so we hope you'll join us to amplify their efforts!

Marlon is very active on twitter and IOTA discord. He already has over 500 followers on twitter, so make sure to follow him if you're not already. He's calling his project IOTA+

Because the interview took place on discord, it was very informal. We've taken the liberty to correct grammatical and spelling mistakes in Marlon's quotes. The meaning of each quote/statement is meant to be left unchanged.

Marlon describes IOTA+ as a collection of apps that he conceptualizes as an "operating system". Apps on the platform include "a wallet, game hub, chat, find-friends, watch ads, and much more" which are all working on the Tangle itself. He says that when you close and open the app, logging in again loads information straight from the Tangle. No servers. It's already working on Windows/Mac/Android, and he's excited about the possibility of more platforms in the future. Allowing the whole platform to work within the web browser would be huge, for example. Go test IOTA+ out.

Marlon came across IOTA in 2017 while he was still at university. It was the perfect time for him to quickly jump into the idea of building on IOTA, and it was exactly what he was looking for. He was drawn to IOTA because it is "future technology, but not just that, it had to have an ethical background."

I love the story of how it began, and where we are heading. But I had so many ideas that I had to start to make my app.

There was only one problem - he was studying Energy and Environmental Technologies at the University of Applied Sciences and Arts Northwestern Switzerland (FHNW), so although he was very involved with STEM, he didn't know anything about programming. One of his classmates had invested in IOTA, but Marlon felt the urge to take his interest beyond simply investing.

Giving in to his urge, he hired a team of programmers to build his idea on top of IOTA 2 years ago, but that team was unable to produce his vision. Then he hired another team that also failed. After striking out with two different software teams, he decided to take the mission into his own hands. Marlon taught himself programming, learned c#, and is now building in Unity with the Felandil library using his favorite code editor, Visual Studio! He says that he had no idea what he was doing at first. This path is unbelievably inspirational!

He's now dedicating nearly full-time to building IOTA+ as a lone developer. As if it's not clear already, he tells us, "I'm really serious about this project. I've already sunk a lot of time and money into it."

He had tried Tron and Ethereum before beginning the project. We asked him why IOTA won out over those two:

I don't want to say it but it's the truth ... the free transactions on IOTA. It opens a completely new world

I want a complete connected "second world". 3d world, chat, trade-able virtual land/buildings/items. I want to give people the ability to make money in exchange for their data. As the IF does it's job, I use what they give me

IOTA+ is an "operating system" in the sense that's its a collection of apps that all natively live on the Tangle and are able to interoperate with each other. An IOTA wallet will let the user send and receive IOTA within any of the other apps. Right now, Marlon is working on the app that'll provide the user a 3-D world to walk around in. Here's how he sees the 3-D world playing out:

I'm planning to construct a disco in the 3d IOTAWorld. The music is from an artist who get's directly paid in IOTA when people enter the digital club

Colored tokens have been on Marlon's mind as part of the technical solution. He says that the IOTA+ vision is more than possible as a 100% dAPP without a server if the colored token dream comes to fruition, and has dedicated an entire page of the website to the idea.

Another feature of the platform will be the ability to earn money for watching advertisements. Curiously, IOTA+ uses an in-game currency called "Energy" instead of using IOTA tokens directly. Marlon says that needing a separate in-game currency is a limitation of freeware - new accounts are compensated for their signup in "Energy". "Energy" can be traded in the shop for IOTA tokens. You'll need the in-game currency to add a friend and to save data on the Tangle. The two apps that'll never require "Energy" are Chat and Wallet.

Using an in-game currency in lieu of using IOTA tokens directly seems like an unnecessary complication, so we asked Marlon about that choice. This was his response:

I was thinking a long time about that. I never wanted an in-game currency, BUT I was unsure about the ads companies. They don't like the idea of "getting paid for watching an ad". To avoid getting banned I decided to use an in-game currency. As a first step toward that idea, my idea was "Energy". It's a less official currency than IOTA tokens and it also allows me to give "Energy" to new accounts at no cost to the IOTA+ project

There are lots of examples of games that offer in-game currency in exchange for watching advertisements, but we weren't aware that companies were averse to otherwise paying for eyeballs. If anyone is familiar with the advertising industry and can offer further insights, please do.

From a technical standpoint, the Felandil library is out of date. This means that IOTA+ will either have to hope that a better maintained c# IOTA library is released in the future, or switch to something else. Marlon has talked to Felandil about solutions and says that he's comfortable waiting for the moment. Things are working as it stands, and should be okay until 2.0 is released.

We asked Marlon if he was concerned about the growing size of the Tangle, IOTA+'s eventual need to run a permanode to store IOTA+ data, and whether he had considered using IPFS instead of storing all data directly on the Tangle. His response:

The [IOTA+] permanode will be a paid solution to save user data. It would look like: "click to save on the tangle." I mean, not everyone wants to save chat messages for a long time. They are ok with saving until next snapshop. But when there's a dating app or a social network similar to Facebook on IOTA+, we'll need to save. I'm checking into ways of saving data onto a Colored Token."

The colored token idea continues in the programming style that IOTA+ is currently using, so he likes it. But we'll need Chrysalis before moving forward with that solution.

Marlon says that we can make the world more transparent by using IOTA, and where people are watching, there is no crime. He also advocates for people to have the power to handle their own data, which is why he put so much time into something as simple as the login module of IOTA+. He's proud that the first security audit of his system was positive.

There's still loads of work to be done.

Marlon is asking for other developers and projects to collaborate with IOTA+, and encourages anyone who wants to join forces with him to ping him on IOTA's discord (@mykarma#4885) or @ him on Twitter. He says that he could really use some help because he's doing everything by himself so far. He'll need help to achieve his final vision.

Building the IOTA ecosystem one brick at a time is not easy, and this is exactly what that process looks like. Audacious ideas relentlessly pursued. Marlon's story is breathtaking! Each brick is necessary, and Marlon's IOTA+ is one of those bricks.