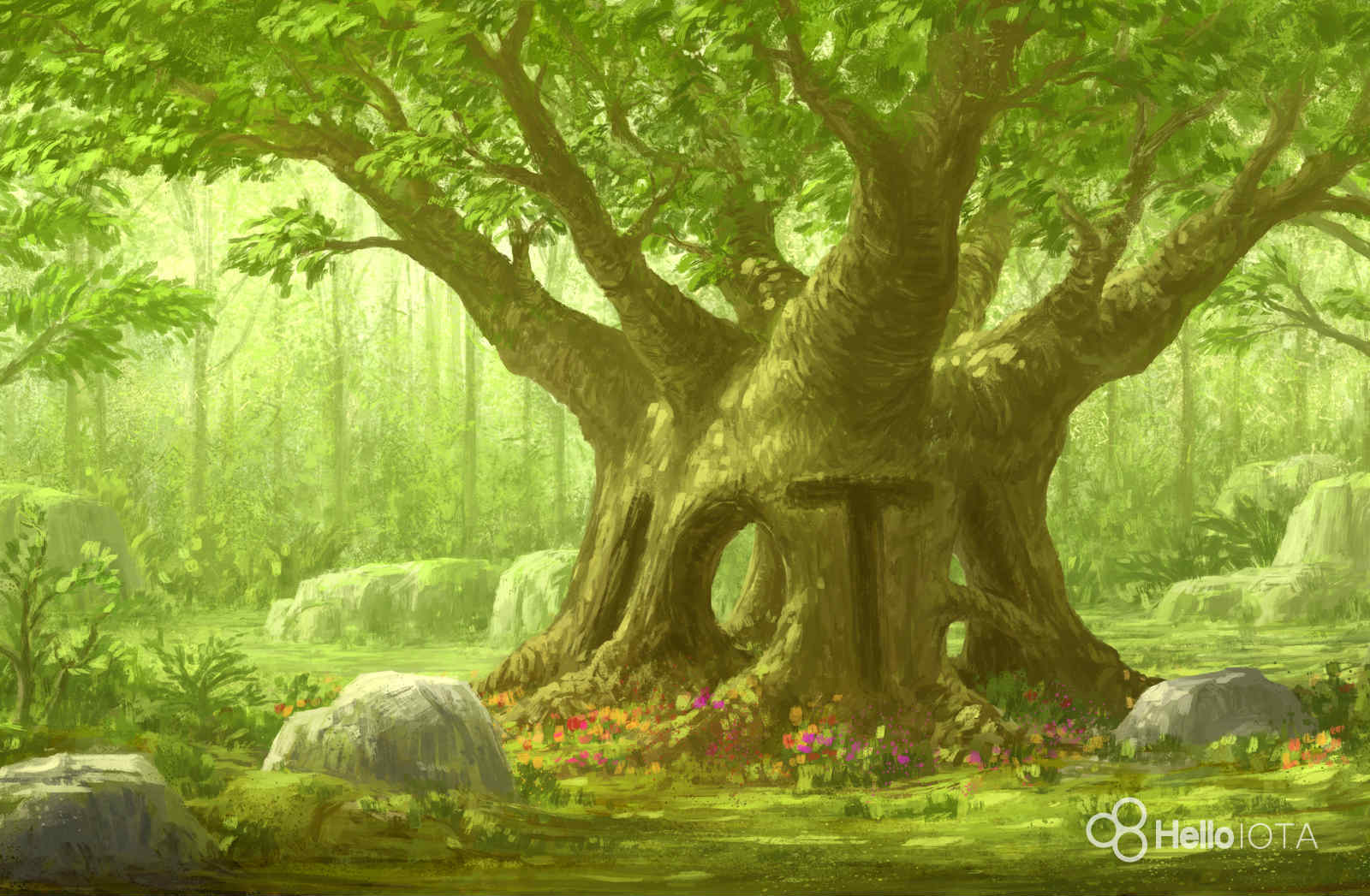 Humans set themselves apart from most others in the animal kingdom with their ability to communicate. The origins of spoken language are rather unclear, but Dr. Quentin Atkinson's work suggests that human spoken language evolved around 60,000 years ago. Origins of written language can be traced more accurately since physical written records last longer than auditory sound waves. Writing was invented at least four different times in human history, all independently, and mostly starting during the Bronze Age.

People have wondered over the millennia whether language was an innate characteristic of the human brain, or learned in childhood. There are anecdotes, stories, and even modern day experiments looking at the inherit-ability of language. A poignant anecdote/attempted experiment: the experiment of Pharaoh Psammethichus I of the 26th Egyptian Dynasty. In 664 B.C. the Pharaoh conducted the first recorded psychological experiment. He ordered two children to be sent to the countryside and raised by a shepherd who wasn't allowed to speak in the kids' presence. Despite not having ever heard a spoken word, the kids began speaking Phrygian, most frequently saying the word for "bread". Psammethichus concluded that the innate language of humans is Phrygian. The conclusion seems silly today, but it's hard to blame the ambitious Pharaoh for his poor study design and small sample size, because Sir Francis Bacon wouldn't invent the scientific method for another 2,000 years! Regardless, the Phaoraoh's curiosity about human language represents the long-standing recognition of the importance of communication.

Nearly 3,000 years ago, between the 8th and 5th centuries B.C., the province of 魯 recorded daily proceedings in what have today become known as the 春秋. Translated, these ancient news clippings are collectively called the "Spring and Autumn Annals", named for their detailed account of the changing seasons. These details have allowed modern scholars to synchronize the ancient calendars of East and West. But the writings kept track of much more than just procedural weather and celestial events. Diverse topics ranged from the names of rulers, to military activities, to natural disasters, to meetings, alliances, rebellions, and sacrifices. Confucius would be born in 魯 and use the Spring and Autumn Annals to inform his decisions around desirable versus ineffective governance. The 春秋 were later attributed to him, and are now considered to be among the five most important literary works in that culture's history.

Entries in the Spring and Autumn Annals were brief, written in what we might consider bullet point format, and meant to neutrally record facts of the time. This format is nearly impossible to understand if you're trying to read it today, so a scholar named Zuo Quiming authored commentary that provides more complete historical context to each entry. It's recommended that you accompany your 春秋 reading with his Zuozhuan.

500 years later on a continent to the west, the Acta Diurna were kept as a daily gazette in Ancient Rome beginning in first century B.C. Their origin is attributed to Julius Caesar, of First Triumvirate fame. Acta topics were split between private and government matters. Private postings included things we'd see in local newspapers today like births, deaths, and marriages, while official correspondence focused on things like emperor decrees, senate verdicts, or magistrate rulings. Although Caesar had them periodically posted for public consumption in the Roman Forum, later rulers would not be so generous to their populace. Augustus restricted access to the Acta so that they weren't publicly available. Tiberius would subsequently formalize the Acta by putting a young senator in charge of authorship, but keep them under strict control. During later days, the Acta were kept in the imperial archives and public libraries like the Library of Hadrian, but required special permission to view.

Modern journalism owes its existence to Roman Acta. Etymology of the word "journalism" is traced back proximally to the French "journal".

The French word "journal" is traced back proximally to the Latin "diurna", meaning "daily". Rome's Acta Diurna are widely viewed as the beginning of journalism in the West, ultimately being so important that they inspired current terminology.

Johannes Gutenberg invented the printing press in 1450 Mainz, Germany. That falls about one hundred years too early to make our Sands of Time series, but suffice to say that news distribution was revolutionized almost exactly 1,400 years after news itself was first invented. Scribes were hand-copying texts for distribution, and could achieve a few pages per day. The advanced hand-printing methods of Asia could achieve tens of pages per day. Gutenberg's printing press was pumping out more than 3,000 pages per day.

Book production exploded, and ideas could spread faster than ever. Luther's writing was distributed in hundreds of thousands of printed copies. The Dutch philosopher Desiderius Erasmus Roterodamus lived to see three quarters of a million copies of his books be sold!

Things that we take for granted today got their start from the printing press' invention. The old method of hand-copying texts meant that page numbers were inconsistent, and the same lines didn't contain the same contents. For example, the same book hand-copied in Copenhagen and Venice tended to be so different that author names were frequently obfuscated or omitted entirely. Standardization of the printing press allowed for the "one author, one title, one piece of information" concept that's implicit today - that is, an author can be linked to a book which can be linked to the information in that book. Also, since anybody reading Erasmus' In Praise of Folly would now see the same sentence at the top of page 158 as anybody else, it became useful to number the pages, provide a table of contents, and include a supplemental index with detailed references to other literary works. This new paradigm led to the rise of scientific journals, and ushered in the scientific revolution.

And the internet has revolutionized information dissemination yet again. No longer must content producers rely on a centralized printing press to reach an audience. Commoditized distribution, free-to play, zero barrier to entry. This has led to some of the problems we all encounter today when we interact with news media. Media companies are competing for viewer attention by offering larger and more frequent dopamine hits. Scrolling through social media feels like being a Skinner rat. Jane Chapman and Nate Nuttal's Journalism Today: A Themed History argues that modern solutions to the internet news survival problem have fallen flat - things like paywalls, staff reductions, and over-committing to marketing have led to more click bait and less true value within journalism.

At this point, you're probably wondering what this piece is leading up to. On the whole, we know that our readership is likely unfamiliar with Chinese logograms, and is unable to relate to the trials and tribulations of Roman daily life. So are we! But, since our mission is to provide our IOTA community with high-quality content, we feel it necessary to gain historical perspective of this industry. Confucius relied on old accounts of history to inform his actions ... why shouldn't we at HelloIOTA do the same?

We recognize the breakneck pace at which media is accelerating, and have positioned HelloIOTA to ride the next wave in media/journalism. We're partial to the hypothesis that there are loads of people who desire to remove themselves from the current media environment. An environment that's comprised of dopamine hits (Skinner rats), click bait, and emotionally inflammatory snippets of content that can conspire to create a toxic atmosphere. The rise of long-form podcasting hinted at our hypothesis being right, but our own experience producing HelloIOTA Roundups and articles has totally convinced us. We've committed to crafting high-quality long-form pieces that strive to remain unbiased, something that we feel is sorely lacking in the "crypto news" space specifically, and have been blown away by the outpouring of your support.

HelloIOTA's performance metrics are incredible. We were ecstatic to hit a major YouTube milestone this week by reaching 5,000 subscribers! The channel has earned over 250,000 views, and the last six roundups have combined to serve an average of over 5,000 viewers per week. Media gurus recommend YouTube videos be between "3 and 3.5 minutes long" to "optimize viewer experience". The average length of all YouTube videos is just under 12 minutes. The industry seems devoid of nuance and geared toward short attention spans. We've thrived by turning this model on its head. The last six HelloIOTA Roundups have averaged over 28 minutes, and our most popular episode of the summer was almost an hour long!

We've taken a similar contrarian approach to our written pieces. Crypto twitter forces the reader to wade through rampant low-context comments, hot takes, and other nonsense. Crypto media has done well by focusing on price speculation and playing to the tribal nature of the space. We'll let the homepage of one such media website speak for itself:

HelloIOTA pieces deliberately step outside of this mold. Our cosmopolitan approach blends history with technology, critical questions with cutting edge projects, and hard computer science with English literature. Others in this industry might say that the success of our Sands of Time series was in spite of being heavy on history. Au contraire, we argue that its success is because of its emphasis on history and deference to context. Having the audacity to publish anything remotely political in the crypto space is dangerous, yet we were confident in our ability to play with the delicate nuance of this complicated world when we published Building Trust in the Modern Age. Most daringly, from the media industry's perspective, we respect our readership's intelligence so highly that we examined a scientific journal article about verifiable delay functions. Our top written pieces have garnered tens of thousands of views!

In all, we're PROUD to have surpassed 2.5 million readers and viewers between our platforms. We're a team of veteran IOTA enthusiasts who dedicate our free-time to producing videos, writing articles, maintaining websites, and vigorously participating in our beloved IOTA community.

Chris is the face of HelloIOTA on YouTube, and he's been internally advocating for us to tell readers that he isn't the only person working on the HelloIOTA project. So out of respect for Chris' wishes, we're obligated to say that there are a number of us working behind the scenes to make HI what it is.

But we also won't let Chris off the hook this easily ... Chris is the most humble, hard working, professional, nicest person you'll ever meet. He's completely dedicated to the project and has been relentless in his pursuit of constant improvement. We've gone through three different video backgrounds and he's tried multiple video formats. There isn't anyone in the IOTA community who is better suited to provide us all with timely, trustworthy, holistic IOTA news each week. We think Chris deserves all the accolades (Uptrennd award for Best Crypto YouTube Channel) and we love Chris as much as you all do!

We'll continue refusing to blindly conform to media strategies that are "supposed" to work as long as you'll continue to have us. We've undertaken a complete website redesign to make it delightfully easy to navigate our content. Our old website was a jumble of tutorials, guides, confusing formatting, and three separate sections of articles. Ugh. Hey, it seemed like a good idea at the time! HelloIOTA's core value proposition is videos and articles, and that's what we've re-designed our online presence to accommodate. You'll notice that the website isn't cluttered with any advertisements.

Thank you for being part of the IOTA community, and thank you for dedicating a slice of your scarce attention to HelloIOTA. There's a voracious appetite for this kind of content - we'll continue to push the envelope for you. Maybe we can even grow into the modern 春秋 or Acta Diurna.