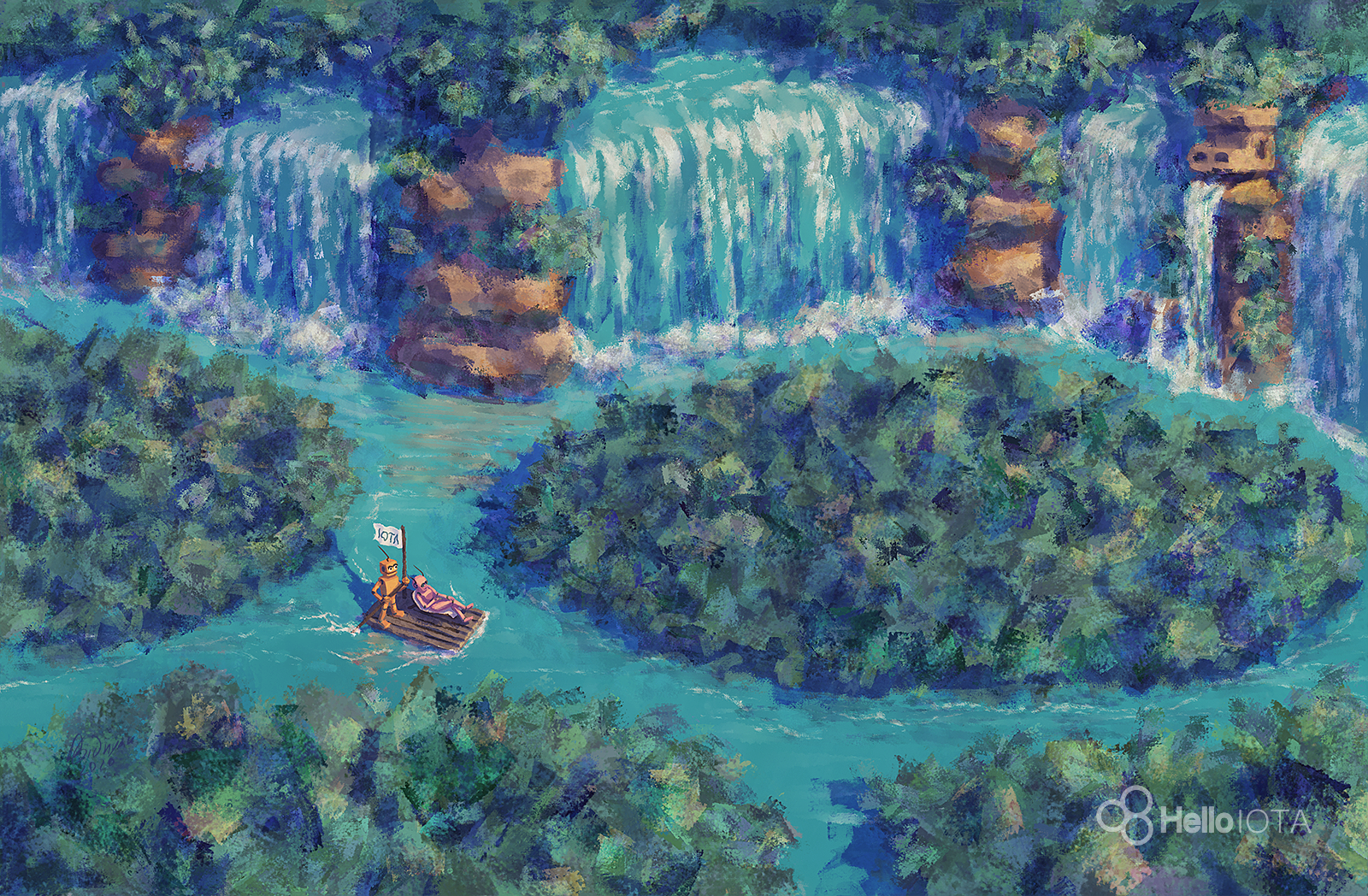 Kathleen Breitman once defined finance as being the technology used to exchange contractually defined cash flows. That's a great definition; certainly a much more descriptive and specific one than what the dictionary itself offers: "the management of large amounts of money, especially by governments or large companies." What the world of finance boils down to is maximizing the number of discrete pieces of the cash flow generation process. In doing so, the discrete pieces can be traded and precisely valued across space and time. We can see the technology of "finance" at work in a simple example showing how debt works.

Debt is nothing more than the trading of pieces of cash flow on an open market - if I'm a potato farmer in 1,053 A.D. and need to plant potatoes across my large plot of land, but don't have enough money available right now to buy enough seed potatoes to populate my land, then I'm completely out of luck. I'll be constrained in my seed purchase by the amount of money I've currently got. That is unless someone else is willing to look at what I'm planning on doing in the future and purchase my seeds for me. When someone else takes a look at my process, they'll see that I'll be planting a large amount of seeds in a field, tending to them as they grow into potatoes, and then harvesting them to sell at the market in 3 months. It seems like a pretty good plan.

If I can convince someone that I'll be able to reasonably fulfill all of these steps, and I have a believable estimate for how much a full potato yield will earn at market based on expected market conditions, then my potential counter-party will start to get interested. I've been planting, growing, and selling crops my whole life, after all, so this seems like a safe enough venture for my counter-party. But why would they pay for my seed potatoes and tie up their money for 3 months before getting it back?

This is where "interest rates" come into play. The only way I'm going to convince someone to give me money today that they'll get back in 3 months is by paying them a price for the duration their money is tied up in the form of growing potatoes in my fields. Let's say my seeds cost 100 silver coins. My counter-party has 100 silver coins sitting in her safe at home that she's not using, but she demands to be paid 10 coins per month until she gets paid back. I think that's too high of a price, and I negotiate the price per month down to 5 coins. She agrees! We make the deal. I'll be getting 100 silver coins today, but I'll have to pay her 115 coins 3 months from now.

It's a good growing season. When I harvest and sell my potatoes, I make 150 silver coins at the market. After I repay my counter-party with 115 of those coins, I get to keep 35 coins as my own profit. Therefore, by selling her stack of 100 coins to me three months ago, she has made a profit of 15 and I've made a profit of 35. I'm now much better off than I was last quarter, and she's better off because I was the only person who offered to pay her for her 100 coin stash that would have otherwise sat in the safe and still been worth 100 coins today.

Instead of "borrowing" 100 coins in this example, think about it as "paying" a price of 5 coins per month. This is "debt" for me and "credit" for her. It all springs forth from this basic concept.

"Interest rate" is merely a fancy way of saying "price per month" - and as a more generalized version - "price per time". These days, the time period for price of money has been standardized to being one year (APR or APY is the average price of the money per year). Think about how profoundly useful this technology is: Someone with an unused pile of money is given the opportunity to make a profit on that money while somebody else with a good plan (and no money) can also make a profit. Plus, society benefits by getting a batch of potatoes that it wouldn't have otherwise received.

When we solve time and capital mismatches like this, our economy can grow, new ideas can get funded, and standards of living can increase.

In this example, we've treated my potato cash flow generation process as one big financial piece that's been traded on the lending market. It's important to recognize the fact that the price of money per unit time (interest rate) is determined by negotiation, which of course creates a market of supply and demand. If lots of people in town had 100 silver coins laying around, I might have been able to find someone willing to sell me the 100 coins at a price of just 2 coins per month. And the opposite might be true if there was no one in town with 100 coins sitting around ... I would have to travel to the adjacent town where no one knew that I was an expert farmer. I'd have to pay 10 or 15 coins per month to a skeptical investor who didn't quite trust my plan, but was willing to accept the risk in return for a higher potential reward.

Let's also think about the other side of this market: If I'm now the one who has 100 coins available to sell, and only one farmer approaches me with a plan to plant and sell potatoes, then I'll probably take his offer at a lower price (say, 1 coin per month) than if I had ten farmers beating down my door to buy my 100 coins. With ten farmers all desperate to plant their potatoes limited to me as their only lender in town, they might bid the price of money per month up to 15 coins. The winner will make a 5 coin profit in that scenario (sell potatoes for 150 coins but pay me 145 coins), so they'd like a bigger profit, but the high demand for my coins has made the price of coins costly.

Now extrapolate this idea to every nook and cranny of the world economy, and you get 2020 finance. Finance wants to discretize your pieces of cash flow generation process and allow for markets to form around those pieces.

House mortgages? We make ownership of the mortgage cash flows transferrable, and a market is created for trading mortgages. Then we create a market that encapsulates the smaller single mortgage market by bundling mortgages together into a new "product" called "mortgage backed securities".

Companies? We let businesses give anyone the ability to buy a tiny slice of their future cash flows. When a company decides it wants cash right now, it sells a bunch of those tiny slices to anyone who wants to buy them. A market emerges between people who hold slices and people who want to buy slices. But why would anybody want to buy a slice? Because if cash flows are good in the future, the company might decide to pay a piece of those cash flows to whoever is holding a slice. Markets then spring up around people selling and buying "options" contracts that are based on the underlying price of the stock.

Hopefully you can see how we're using underlying cash flow generating processes no differently than the potato farmer, but then creating secondary markets by securitizing that contract. It's the same as my seed potato lender being able to trade her eventual profit rights to anyone else willing to make an offer for them. The more complicated mortgage backed securities and options markets can be likened to a township buying up all of the local seed contracts, and then bundling them together into groups of seed contracts that are bought/sold on a new market. Other market watchers might start issuing totally separate contracts based on where they think the prices of these bundles will go each month. This is the world of "derivatives".

Traditionally, the financial services sector has been composed of giant companies with enormous balance sheets. Banks like ICBC, HSBC, JPMorganChase, BNP Paribas, and Banco Santander each had more than $1 trillion worth of assets last year. In the business of money, these banks are always looking to charge potato farmers the highest rates they can, but that's counterbalanced by having to bid against one another for the right to get into the best deals (which lowers the rate they can get).

At rare points throughout history, the number of bidders looking to sell their money today in order to make money tomorrow swells so large that interest rates are driven down to zero. As of now, the pool of money looking for a home is so large that it has bid the price of money per unit time negative. That means these institutions are willing to pay the borrower a few coins per month in order for the right to sell them their dollars. And this isn't a rare occurrence in these strange times - negative-yielding debt hit all-time record highs this quarter. How's that for a headline?

There has been a continuous cascade of money provided by central banks starting in the early 2000s. During the 2009 financial crisis, the cascade intensified. And during the Spring of this year, the cascade turned into a veritable deluge.

It's true that over the past two decades, the world of finance has gotten much more complex than our simple example between the potato farmer and his silver coin lender. The proliferation of derivatives and other rehypothecation methods makes it even still more complicated. The mathematics of risk management and derivative pricing has gotten so complicated that math and physics PhDs continue to saturate the field. And, to further complicate matters, the number of silver coins sitting around looking for investment opportunities has skyrocketed (see M2 chart above).

There are arguments in favor of the current debt-based M2 expansion strategy, and there are competing arguments in favor of a "hard money" less-M2-expansive strategy to optimize the future of human well-being. The former dominate in financial institutions at present. But if things continue on their current pace, there's a non-zero chance that the latter will have its day in the sun. Satoshi designed Bitcoin to have a decreasing money supply schedule with a fixed cap. IOTA is even "harder" money than that though, with zero supply schedule and a fixed cap. Despite this fact, IOTA is rarely associated with sound money principles and store of value use cases. If IOTA is able to successfully implement coordicide, maintain a truly distributed network of nodes, and resist all attack vectors, the scalability and zero transaction fee features make it a thoroughly compelling option as a store of value in today's world of finance.