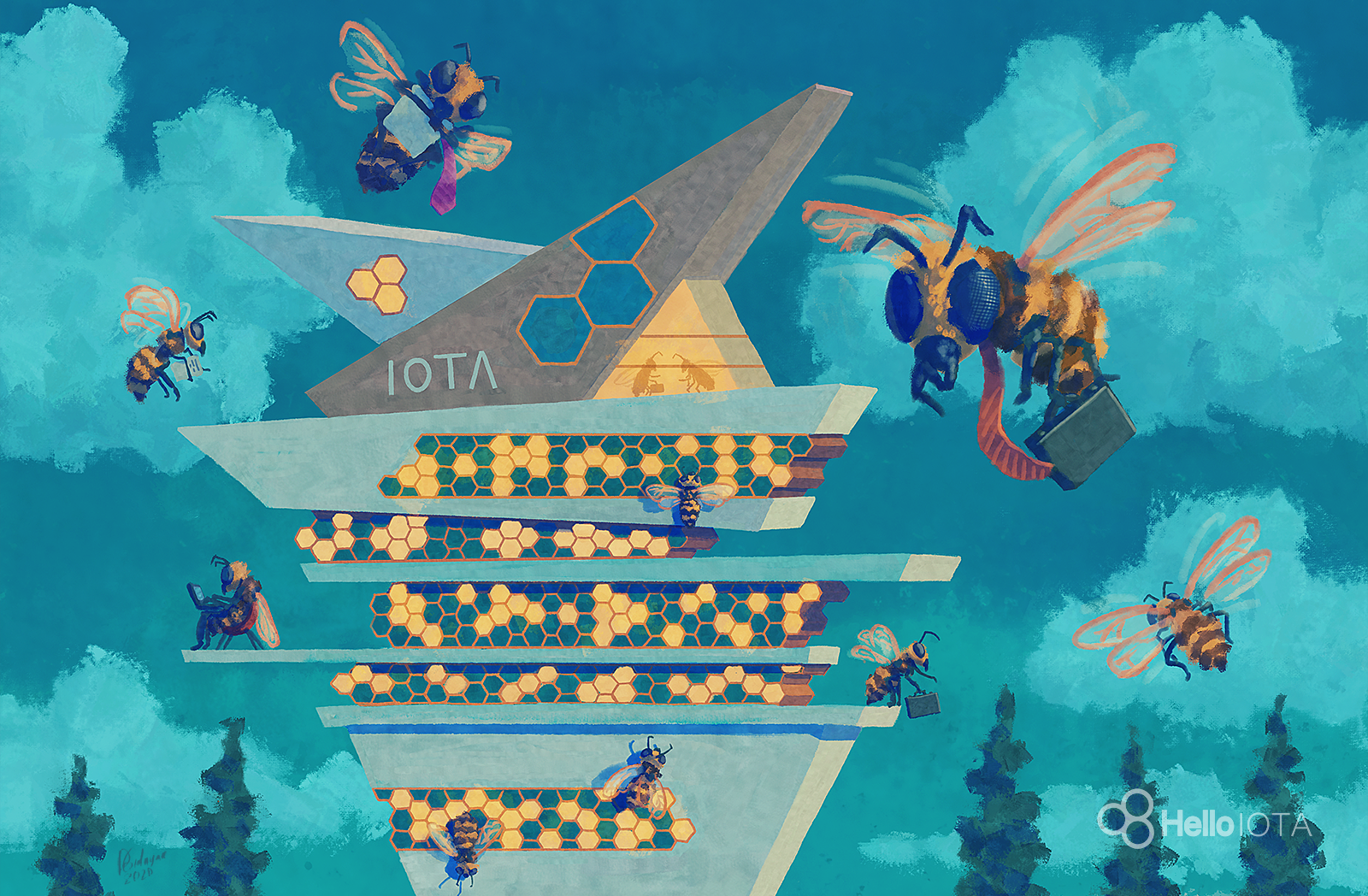 A Hive of Patents

There has been a steady increase in patents filed that reference IOTA in their documentation. It's always exciting when you read another news post or another headline that says IOTA is mentioned "on the 15th patent this month!" Although it's true that the pandemic has slowed patent progress across the global economy, companies still managed to file a gigantic 72 patents during the four months ended July 31st that referenced IOTA. IOTA patents have been a bee hive of activity, relentlessly monotonically increasing for the past three years.

If you're like us, you're curious as to what some of these patents actually amount to. Who are the companies filing the patents, what are the patents for, and how prominent is IOTA within them? We were curious about all of this, so we've compiled information on a handful of recent patents that stood out. We've used the wonderful resource that is IOTA Archive, and HelloIOTA fully endorses their website as a high value IOTA news aggregator. Love what you guys are doing.

To give the reader an idea about volume of IOTA patents: IOTA Archive lists 289 patents from 123 unique entities. This piques curiosity to know how this compares to some other similar DLT projects, and is something we may examine in the future if there's interest.

The most recent IOTA patent was filed by Diamler AG on the 24th of this month. The patent is for an "integrated parking disc using block chain technology".

We see on page 3 of the filing that IOTA isn't the only DLT mentioned, which is to be expected by a company that does 172 billion EUROS in annual revenue. It's about staying ahead of their competition rather than pigeon holing into one solution too soon. Nonetheless, this is a giant company that likely wouldn't include a mention of IOTA unless it was seriously on the radar at some level of their R&D process.

You don't have to scroll much farther than the Diamler patent to find another giant name in the business world. Siemens AG filed a patent just a day before Diamler's, and this time it was for something along the lines of anti-intrusion software in computer systems. The patent website doesn't include the original filing document, so we can't dig into the specifics, however we can see that Tolga Sel filed the patent. Tolga is a research engineer in embedded systems and security. It's only an observation, but this is the first line he lists as his competencies: "Embedded Linux and FPGA-SoC, C, VHDL, Python, Assembler, Shell, RUST". It doesn't get more IOTA than that. We'll point out that Siemens AG employs 385,000 people and did nearly 87 billion EUROs in revenue last year.

Siemens Gamesa Renewable Energy SA filed a patent on the 28th of last month for device operation in an energy system using smart contracts. IOTA is mentioned three times in the patent. According to google, the company employs 8,000+ people and is in the renewable energy business:

Mastercard Asia/Pacific Pte Ltd filed a very interesting patent on the 20th of last month for device micropayment apparently meant to use the IOTA Tangle. This is a payments company located in Singapore that bears the Mastercard name.

It might be the most interesting patent to read of those listed so far, so check it out if you're intrested.

The intellectual property branch of Panasonic filed for a "Control Method, Data Structure, Server, And Program", but it only mentioned IOTA one time, only the abstract was in English, and the other 53 pages were all in Japanese. The Panasonic name excites with a market cap of 21 billion USD, but HelloIOTA unfortunately doesn't have a Japanese speaker on staff. It would be wonderful if someone reading this would summarize the Japanese filing for us.

Panasonic is quickly overshadowed by the Silicon Valley giant Hewlett Packard Enterprise at 30 billion USD market cap. It filed its thirteenth patent mentioning IOTA at the beginning of August, this time for synchronizing databases.

After examining a handful of the most interesting looking patent filings of the past 2 months, it's become clear that seemingly every mention of IOTA is done in conjunction with a whole gamut of other blockchains and DAGs. Each IOTA mention is located in what feels like a legal footnote that's meant to cover all bases of the company filing the patent by mentioning every protocol - hedging their bets on which DLT will eventually be most widely used so their patent can apply to a variety of futures. Mentions of IOTA in patents now appear to be a proxy for patents that deal in the realm of DLT.

Announcements for patents like these seen above have been used in the past to stir up excitement for potential behind the scenes IOTA collaborations and general speculation. Company market caps, annual revenues, and employee numbers often accompany the rosy outlooks. However, it should now be obvious that speculation based off of company patents and number of IOTA mentions is wholly unwarranted. It's difficult to imagine any company doing anything meaningful with a protocol that's yet to be coded into its final form, much less standardized across industry. Patent mentions of IOTA should be assumed to be neutral for outlook on IOTA business development unless explicitly proven otherwise by the original document in the filing. Having said all of that, it is encouraging to see IOTA mentioned in the same paragraph as Bitcoin, Ethereum, and all the rest. We'll continue to follow the IP market and watch for further developments.