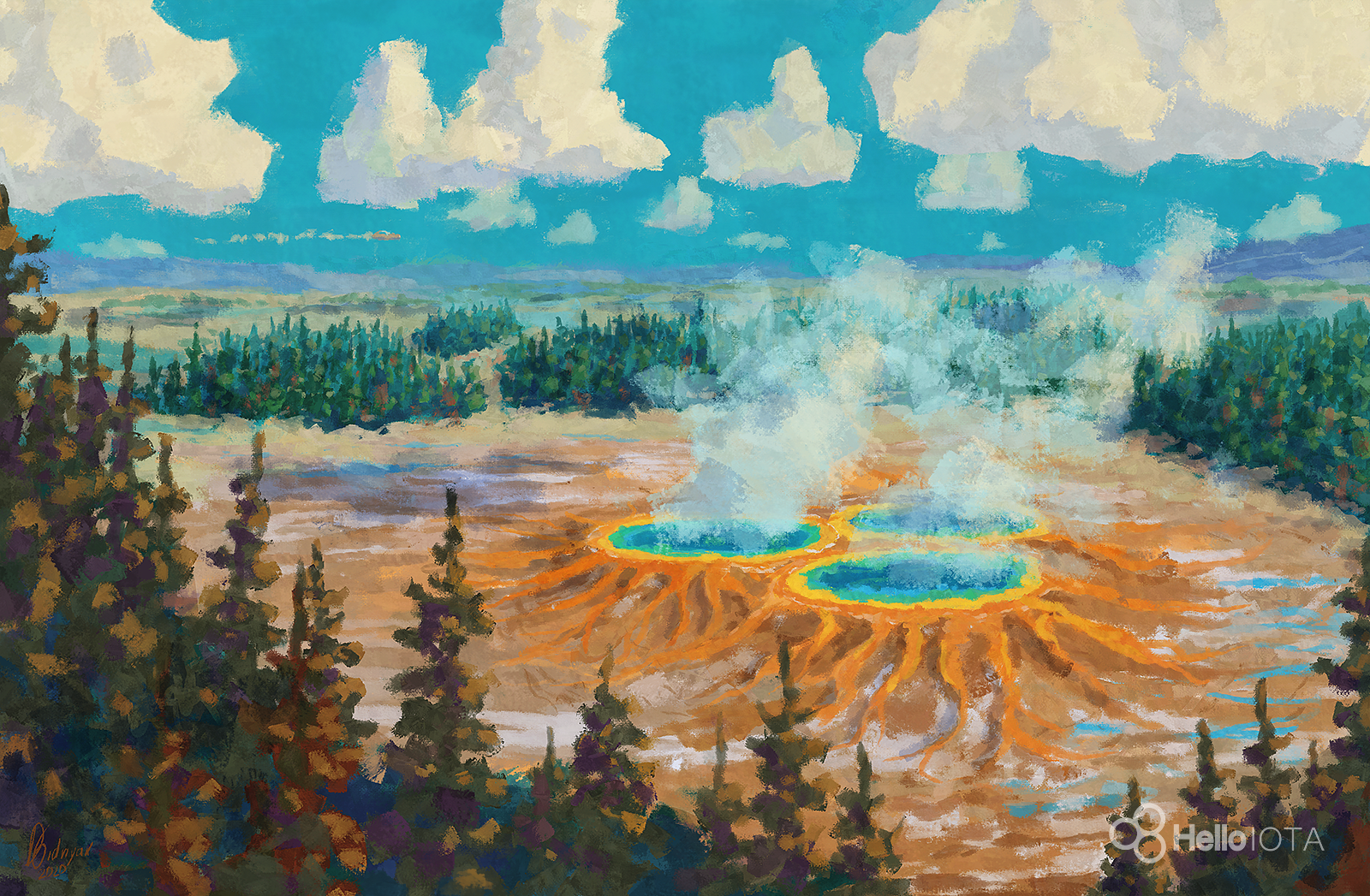 A Cauldron of Colors

The upcoming Chrysalis implementation of IOTA will enable numerous technical improvements. Cleaner code libraries leading to easier developer contributions, faster and more accurate transaction finality leading to “production readiness”, reusable addresses for human ease-of-use, and much more. We’ve covered all of the details of Chrysalis in a previous article.

These glitzy new features … “White Flag Approach” … “Atomic Transactions” … are highly anticipated in IOTA 1.5. However, in keeping with the core ethos of IOTA, let’s not overlook what these things mean to the real world. Businesses, governments, and people use this stuff.

One such real world application enabled by Chrysalis is the introduction of “colored coins” for the first time on top of IOTA.

The term “colored coin” first came about to describe a way in which users could transfer not only Bitcoins on the Bitcoin blockchain, but transfer physical-world digitized assets layered on top of Bitcoins on the blockchain. It’s a method that utilizes additional metadata scripted into the transaction itself.

Coloring of coins can be thought of as adding a fourth layer to the network:

The colored coin concept was all the rage during the middle of the last decade, as evidenced here, here, and here. But as the cost of sending a transaction rose, feasibility of widespread color coin usage plummeted.

Since “colored coins” represent real world assets on top of an underlying distributed ledger (whether it be Bitcoin, Ethereum, or IOTA), it’s trivial for an issuer to create colored coins based on some asset they already own/control/sell. The issuer would hold whatever amount of IOTA they intend to “color” in their address, and encode the outgoing transaction to mark the IOTA leaving that address as representing whatever asset the issuer has assigned to those coins.

Real world value has now been assigned to these coins by an identified third-party entity (a company, government, or person) promising to honor those coins by delivering their asset.

Adding representation of an asset that lives OUTSIDE of the closed blockchain system INTO that blockchain system – a system that otherwise has no connection to the outside physical world – immediately provides access to the unique benefits of distributed ledgers. Things like immutability, fast transactions, and security. IOTA’s zero fees means that it could indeed be the protocol resurrect and finally revolutionize the much-discussed world of tokenized assets.

Everything is a trade-off, however. Note that when you’re adding something from OUTSIDE of the system, all of the sudden you’ve injected counterparty risk. If the company that issued your colored coin has gone bankrupt, is in legal trouble, or simply refuses to honor your asset, you’re out of luck.

This obviously can’t happen when staying within the closed IOTA system: it’s by definition impossible for the sender of a purely IOTA-value-only transaction to not make the receiver whole. Double spends are disallowed as a core tenet of the software.

HelloIOTA Roundup 44 provides a good understanding of colored coins by using a football ticket example. Let’s start with that before branching into some actual projects tokenizing physical assets. Pay attention to the screenshot in this video of Hans’ instantiation of colored coins (at 13:56). A colored coin can be instantiated with a parsimonious 9 lines of code!

To emphasize, one MIOTA represents one million base units of IOTA. Anyone hoping to issue colored coins on top of IOTA would only need to spend 1 EURO and write 9 lines of code to issue FIVE MILLION colored coins. That’s five million event tickets. Compare this cost and effort to what it costs to create event tickets today:

If new technology products have to be 10x better than the competition, imagine offering something that’s 5,000x better.

Here’s a glimpse into what’s actually going on in the colored coins / tokenized asset space these days:

A leading Swiss stock exchange will soon be offering tokenized shares of equity in publicly traded companies. They’ll be using R3’s Corda blockchain which looks like an enterprise “blockchain”. So much for trustless and decentralized, but it’s a start. This highlights the need for a viable fee-less underlying protocol.

The colored coin idea has been around for many years, but has been infeasible for a number of reasons. On the technical side of the issue, obstacles arise from the cost of sourcing original tokens-to-be-colored paired with high network transaction fees. On the non-technical side of the issue, Deloitte attributes difficulties to obstacles arising from regulatory problems.

It can be a challenge to identify bright lines between the mashup of the original colored coin idea, the 2017 ICO craze, decentralized applications, and smart contracts. But even with colored coins’ bumpy history characterized by significant headwinds, the space remains active and optimistic.

IOTA could theoretically leap each obstacle that’s held back colored coin development in the past. Expensive transactions? solved. Expensive underlying tokens? solved. Regulatory buy-in? one of the specialties of the Foundation and something that we’ll delve into in an upcoming article.

IOTA presents a re-imagined alternative to a colored coin space that has stagnated for half a decade. Let’s see what sort of a Cambrian explosion is set off when IOTA’s brand new colored coin features enter the fray.